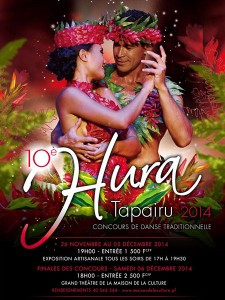 Since few days, the great theater of the « Maison de la Culture » (located in the Tahitian capital) hosts the « Hura Tapairu » contest. Different from the famous “Heiva I Tahiti” dancing contest, the « Hura Tapairu » is a traditional dancing competition dedicated to small dance groups. These small groups cannot take part of the “Heiva” because the competition rules set a minimum number of 72 dancers per group. Indeed, this competition was created 10 years ago to allow small groups of dancers to compete and compare their skill levels.

This year marks the 10th edition of this full-of-color event. 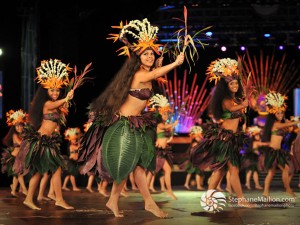 It started the 26th of November to end on the 06th of December. This event always offers magic moments of dancing. Just as the « Heiva i Tahiti », the « Hura Tapairu » contest is divided between different categories: “Hura Tapairu”, “Mehura” and the individuals categories “Ori Tahito Vahine” and “Ori Tahito Tane”. This year, the contest counts up to 26 groups of competitors. These contestants will have to battle over creativity to convince a highly demanding jury. 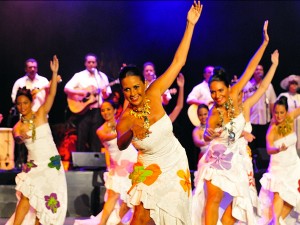 The competitors benefit from a great freedom in the choice of their choreography, costumes, subjects or songs. This artistic freedom gives a great opportunity to all of them, not to mention unknown dance groups, to show their real abilities. To make a difference, some may create a surprise as it was already the case in previous years.

The story tells that the « Tapairu » were originally the young women who formed the queen’s service. These servants and confidants were chosen for their numerous talents including skills in artistic expression used to divert the sovereign. As you probably understood, the key words of the “Hura Tapairu” contest are grace, delight and creativity. 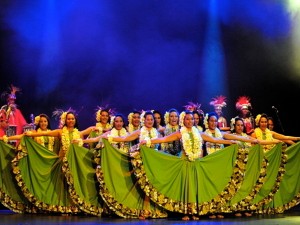 Over the year, the competition has grown steadily and gained a worldwide recognition. As result, some evenings of competition are already sold out. Another positive development is that the “Hura Tapairu” contest is open to all foreigner dancers. For example, the competition hosted some dance groups from Japan the past year. These competitors coming from the 5 continents really enjoy performing in Tahiti, the birthplace of Polynesian dance. They all participate in increasing the reputation of this great dancing event.

For this edition, you could attend to these dancing shows for the price of 1500 xpf (USD 16) or 2500 xpf (USD 26) for the final evening. It worth the detour, so don’t hesitate anymore for buying your ticket…